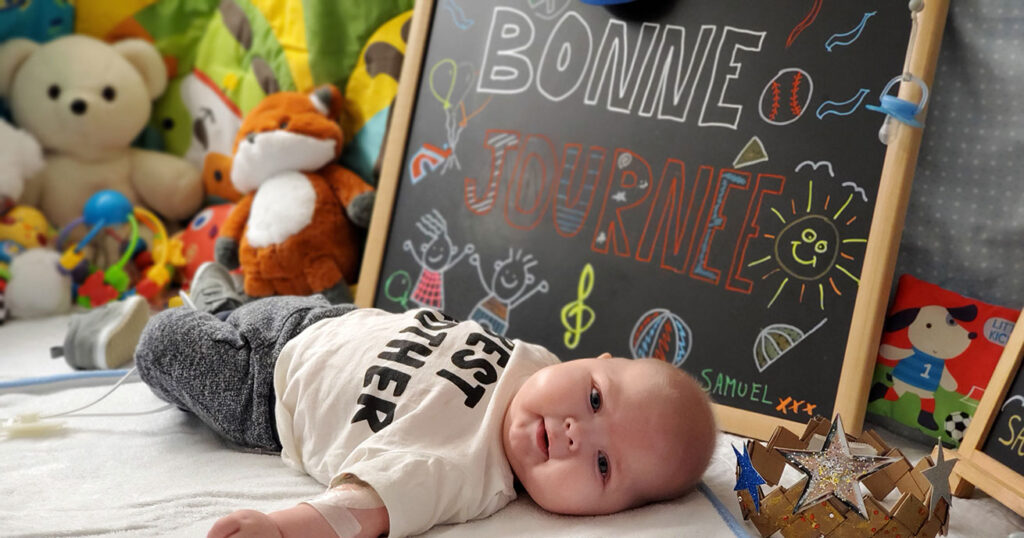 Last year, we experienced the birth, and then death, of our son, at the age of 1. Between these two pivotal moments, the wind blew so strong that against its force, our family had to navigate through waves of hope and despair, anger and resignation. Waves that swelled and ebbed, causing us to live through a vicious cycle of a whirlwind of inconsistency. When the storm began, the Earth was already trembling under the impact of the pandemic, amplifying our vertigo. 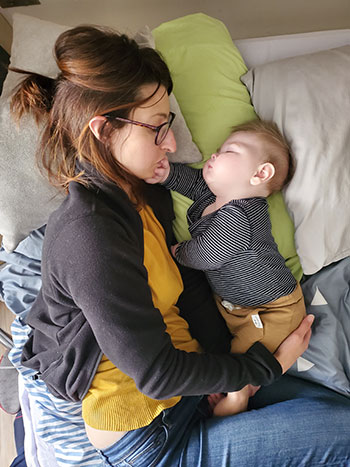 Our little Samuel was four days old when he fell into a very deep coma. This was how we found out that he had a rare genetic disease: his liver would produce a gradually lethal level of ammonia whenever he ate dietary proteins. He had only just been born and his life was already in jeopardy. When I was told that a liver transplant was the only thing that could cure his disease, you can imagine the lengths I went to. I even lost 35 pounds to be able to give him part of my liver! At one point I believed that I would be able to save my son because the date for the surgeries had been scheduled. Unfortunately, when a new diagnosis was made, it changed everything. In a way, it was like a death sentence… At that very moment, I suddenly felt like fog had settled on an already stormy sea, in the middle of the night. This was the tipping point, the moment we needed to be illuminated, to change course to avoid sinking. My 4-year-old daughter was one of the crew: she needed a lifeline, something to grab onto. At that moment, a light loomed large, like a destination; there was a Lighthouse on the horizon.

What makes The Lighthouse different is the flexibility, adaptability and compassion that it conveys at all times. At the Maison André-Gratton respite home, we were welcomed with open arms, and our needs were identified and addressed.

That is how my daughter and her younger brother were finally able to take baths and sleep together. Grandma came to celebrate Mother’s Day with her grandchildren. The volunteers, music therapy and animal therapy activities provided positive experiences. As parents, this support helped us give Samuel all the attention he deserved, knowing that his sister was also benefiting from these services, which was essential to her own grieving process.

The Lighthouse was Samuel’s first—and only—family home. My son died with dignity, comfortably nestled against his mother’s heart while I stroked his hand and foot. I knew that he felt safe and calm, in a warm and loving environment, in line with our family’s values.

The Lighthouse exposes itself to the elements and is reassuring as its light guides families to their destination. How many shipwrecks has it been able to prevent? Its mission is vital, one of a kind and in line with my values. I am proud to support The Lighthouse. Can my family count on yours to help The Lighthouse shine its light on other people’s journeys?

Étienne Potvin-Albert and Marie-Claude St-Hilaire, on behalf of the whole family

Follow Le Phare to stay informed and catch up on the kids.