Le Phare was founded in 1999 by a group of professionals from various Montréal pediatric hospitals and parents of seriously ill children. It is the first community resource to offer pediatric palliative care in Québec. In 20 years, Le Phare has provided respite, support, care, smiles and comfort to hundreds of children and their families.

We are a source of light, love and dedication.

Out of the shadows, into the light

In 1999, families caring for a seriously ill child at home were sorely neglected as there was little awareness about their situation. These families often found themselves isolated, stretched to the limit and lacking the skilled resources to provide constant monitoring and complex care. After conducting a comprehensive needs analysis and evaluation of solutions in British Columbia and the United Kingdom, the founding group set out to build an organization that would offer support, care and respite for sick children and their families. And so, Le Phare was created to bring their situation out of the shadows and into the light.

First, in 2000, Le Phare set up a home respite program by training volunteers and matching them with families seeking support. This initiative helped parents in need of extra time to recharge their batteries and clearly identify their issues. In addition, it was researched in an academic setting. Le Phare began planning respite services in a major project: the community-based palliative care home.

Secondly, in 2001, Le Phare Board of Directors, staff and volunteers began fundraising to help create a safe and welcoming setting to accommodate sick children for a few days. The official ground-breaking ceremony to launch the building project took place in 2006. In 2007, Maison André-Gratton officially opened its doors.

Broadening the reach of our care

The Maison André-Gratton, the first pediatric palliative care respite home in Québec is named in memory of young André, son of Judith Dufour and Dr. Bernard Gratton. He was also the younger brother of Robert Gratton, a major donor to Le Phare. André died of leukemia in 1954, at the age of three.

In its first year of operation, the home provided respite care for 56 children. A year after opening, the Ministère de la Santé et des Services sociaux granted Le Phare accreditation as a Québec palliative care home, ensuring the quality of its care and services. Families of sick children were quick to embrace this special place. In 2008 and 2009, the number of admissions increased to about 100 children, and the home already had to limit attendance to 12 children on weekends. The home respite program continues to evolve as a growing number of families require the services of our dedicated volunteers.

With many children arriving being near the end of their life, bereavement services are gradually structured to support families in the months following the passing of their child.

In 2009, Le Phare celebrated its 10th anniversary, and there was a change of guard in the organization’s management. Well-prepared successors replaced Nicole Marcil-Gratton, President of the Board of Directors from 2001 to 2009, and Michèle Viau-Chagnon, co-founder and Executive Director since 2003, at the helm of the organization.

Their efforts over the last few years were commended with great honours. Michèle Viau-Chagnon received the 2009 Recognition Award from the Réseau de soins palliatifs du Québec for work done during her career. In 2009, she and Nicole Marcil-Gratton were named Knight of the Ordre national du Québec for their remarkable work in opening the Maison André-Gratton. Their outstanding contributions were recognized again in 2020 when they were awarded the Meritorious Service Cross, civil division (awarded posthumously for Nicole Marcil-Gratton). 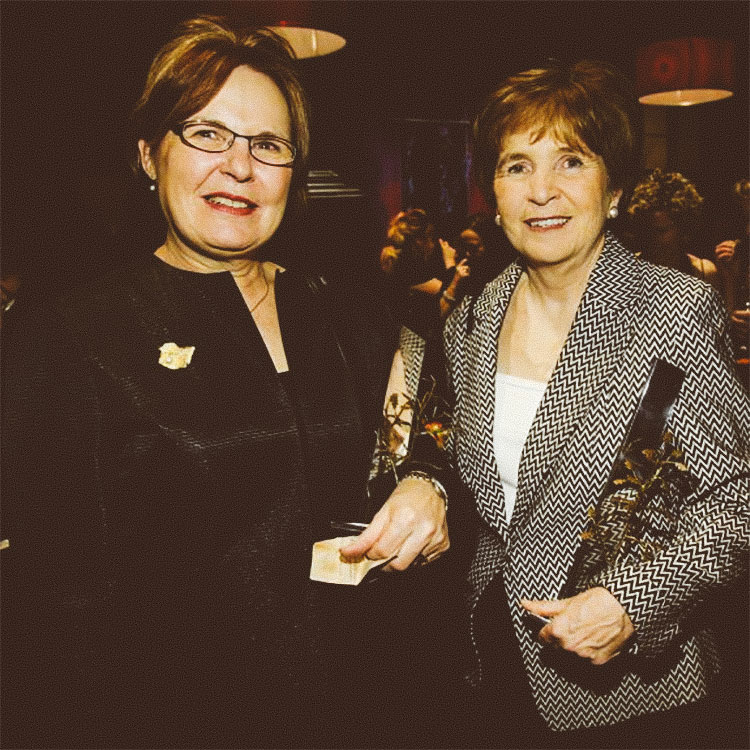 Le Phare forges closer ties with its many partners in the healthcare network. Among others, it formalized its collaborative relationship with the Montreal Children’s Hospital, the CHU Sainte-Justine and the CIUSSS-EMTL by signing service agreements.

The community echoes Le Phare staff’s dedication and heeds the organization’s call for generosity and a growing number of corporations, foundations and individuals are showing interest in Le Phare and its mission. Subsequently, they choose to get involved by becoming committed donors and partners who help initiate new projects such as the purchase of state-of-the-art equipment and the organization of special events for sick children and their families.

The road to excellence

Follow Le Phare to stay informed and catch up on the kids.